Anime is an art movement that has encapsulated thousands of different competing threads and there’s no true centralising canon because it’s fragmented across all sorts of cultural anchor points. Australians of my age that are into anime so often got started because Aggro’s Cartoon Connection screened Sailor Moon, the ABC screened Astro Boy, Cheez TV screened Teknoman and SBS, in the late 90s, screened Neon Genesis Evangelion, meaning that those four anime are sometimes seen as ‘common ground’ topics. Common ground for one age bracket in one country, and even then, only sometimes.

There are some events that can be looked upon, in the english-speaking anime fandom, though, in terms of their impact on shared cultural spaces, typically conventions, but also just, anime releases that somehow managed to be widespread enough at the right time that they became foundation to the conversation. The big three of Naruto, Bleach and One Piece. Evangelion movies. Fullmetal Alchemist, then Fullmetal Alchemist again. A collection of trans girls and boys and nonbinary people that can trace a lineage from Ranma 1/2 through to Kampfer and Haku and Soul Eater and maybe a few tracing lines to Vandread.

There is a category of people I can annoy enormously by responding to a Touhou picture with which anime is this from?

There’s only so much room for any given series to suck up a lot of the oxygen in the fandom space. You can’t typically have five or six ‘big name’ anime that ‘everyone’ has an opinion on. One of those ‘event’ Anime, that rose, became incredibly prominent, and then deformed the culture at large, becoming one of the rings in the tree trunk that is this strange cultural enclaves, was the enormous franchise known as Haruhi Suzumiya. 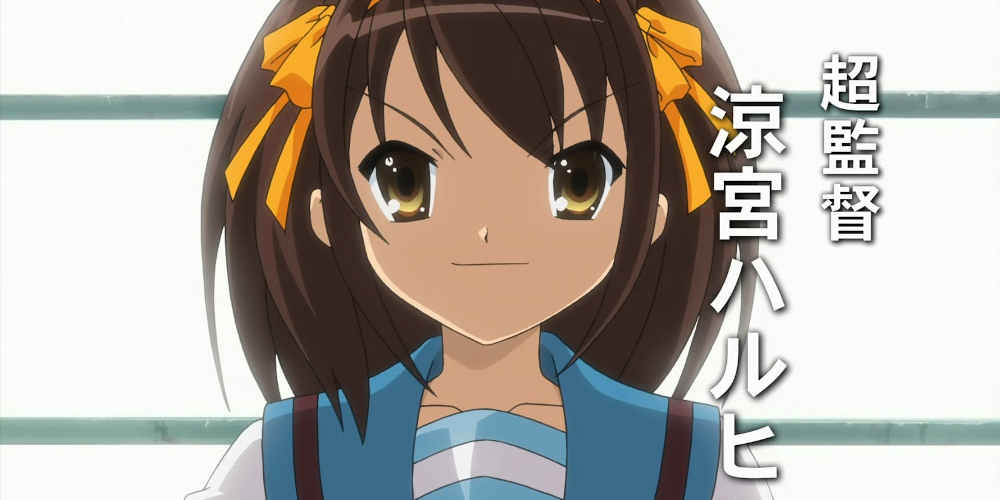