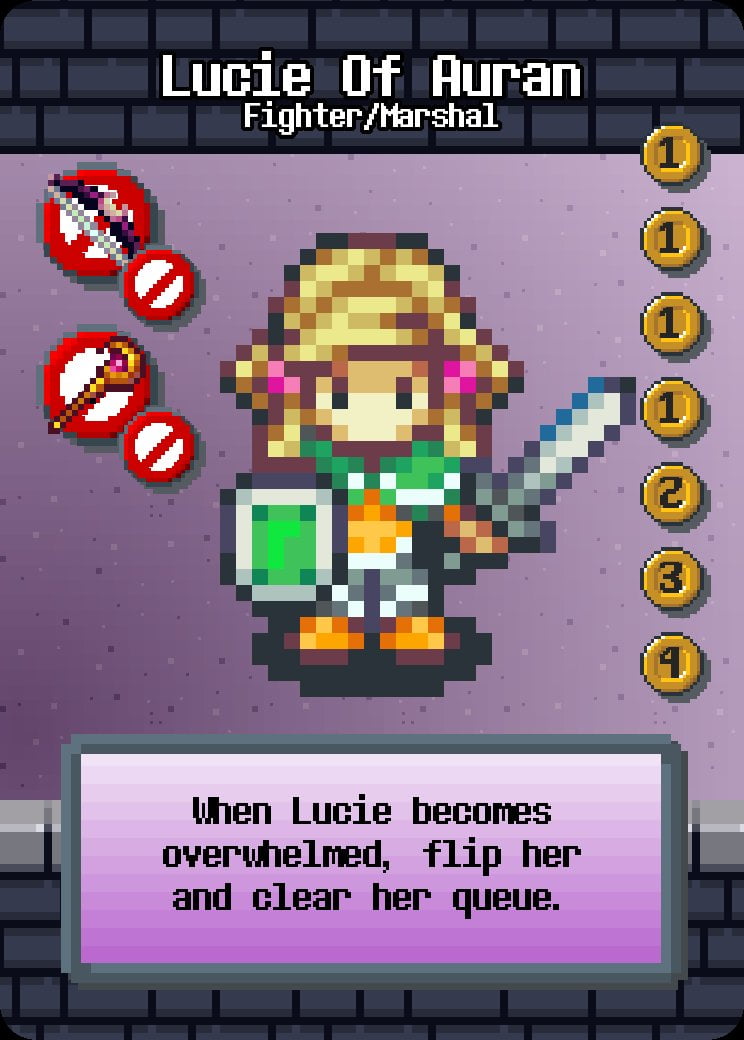 This game was called Black Jack’s Dungeon, and it was created and tested and then I made a proper prototype to test it out more extensively. When it comes to really large games, it can be hard to do playtesting and prototyping with just myself and my small group, because it’s harder to make the proxies work well. An engine that works okay when it’s shrunk down may feel really dull when it’s scaled up.

I made the prototype and found that there were some problems that the game was having when it was scaled up to full size. 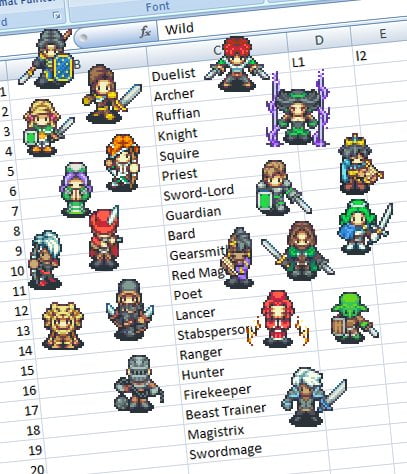 I went back to the drawing board. Obviously, it’s not been a high priority, but it has been on my mind more as of late, what with you know, the thoughts about games that are playable without a large group of people. Particularly, this game struck me as an interesting option to make as a strictly solo, big-deck game.

My current idea is to design a game where cards are adventuring parties – that you will have one card, with one to five heroes on it, and they have goals and types of prizes they will keep for themselves, when you send them into dungeons. Dungeons will be decks, set up around your little town. To send adventurers into a dungeon, you shuffle their card in, then, in another phase, you flip cards from the top of that dungeon until that hero card pops out – then you sort through the revealed cards and see what that means. Sometimes those cards are just smashed by the heroes; sometimes, they rout the heroes and you have to help the heroes recover.

This is the new mechanism in my mind, where you’re the town sending out and supporting the adventurers. It also gives more room for complex party mechanics, without needing to make 20 cards for all the adventurers.