Now wait, hold up, let’s just mention something here because if I don’t bring it up, someone will huff their cheeks and go ahah, gottim. Look, Oriental Adventures is the label on a door behind which you can find yikes, yes, of course, obviously. Doesn’t have to be, we have room for potential here, I really like this setting and stuff, there’s lots to like, but let’s not get caught up there.

Because the really funny thing here is a player behaviour, based around a single ‘Background’ feat.

In Rokugan, a General Mish Mosh Of Asian Cultures setting, you had Ancestor feats instead of Background feats, and they tied to historical lore characters and that was kinda cool as a way to encourage players who wanted access to mechanics to be aware of the lore of the setting. Good idea, good move, do that in your settings.

Anyway, one of the Ancestor feats was a Scorpion clan background feat, Karmic Twin. 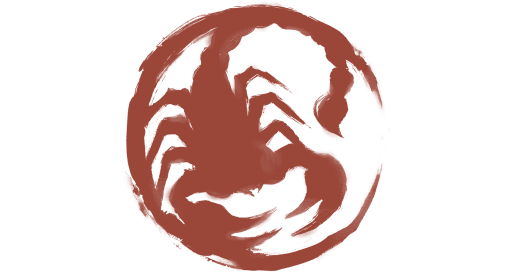 Karmic Twin is a feat that is pretty gonzo on the face of it; you get effectively 4 extra points of Charisma for most non-spellcaster purposes, you get the ability to track or find a single person without any help and oh yeah, if nobody else in the party is your karmic twin the party gets an NPC whose story is tied with yours.

Leadership was one of the most powerful feats you could get, because it’d give you an NPC that was basically 2 levels below you and that’s an enormous amount of utility. Power, maybe, but just having someone who could synergise with you under your control was really strong. Karmic Twin gave you the same thing at level 1. Sure, some DMs might use it to inflict a lifelong enemy on you (and if they did, the charisma boosts were probably reasonable as a trade!), but here’s the thing.

My players used Karmic Twin and its cousin feat Sons of Thunder a lot. And every time, what they used it for was not for power reasons – the players overwhelmingly didn’t care about the mechanics of the other character.

But they all used them to get hot boyfriends.

Let your players have hot boyfriends if they want ’em. It doesn’t hurt things and the stories are more fun with players getting things they like in them.