I’m trying to limit my writing about 3.5 D&D and 4e D&D to maybe once a month, because while I do love doing deep dives into subjects there, they’re time consuming and I’ve found a variety of different articles is the best thing I can do to keep my audience engaged. Plus, it’s a great kind of ‘content well’ where you can grab a book from the game in question, leaf through it, and find something to talk about – inevitably.

In this, Smooch Month, though, what content is there in 3.5 D&D to talk about that I haven’t gone over with a discussion of ‘roll to seduce?’ Lords knows we don’t want to talk about the way sex and romance are normally represented in D&D, because they’re mostly only ever brought up transgressively. We did the Book of Vile Darkness already! 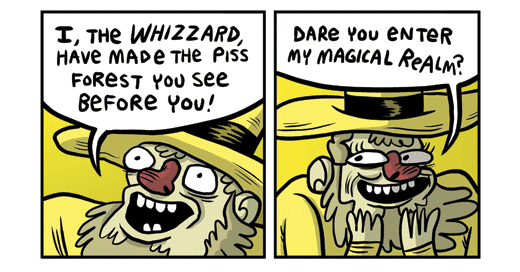 If you’re not already aware, Ed Greenwood’s Forgotten Realms setting is a place full of lots of different interesting countries (I’m trying to be nice) which are perhaps known for a pattern of having an elderly, cranky wizard in an important place that’s secretly guiding important political events and enabling adventurers. You might know it as a setting which has a large number of prominent women in positions of authority in some important, adventurer-centric places, meaning you may have a fond memory of being sent on an early quest by Aribeth.

Now, something else about the Forgotten Realms is that Ed Greenwood started writing it in 1967 and pretty much has never stopped, filling the world with ever increasing levels of detail, conspiracies, political introgue, cities, townships, lodges, orders, empires, dragons, really racist drow stuff, and of course, gods. That brings us to the book I flipped open this month, Faiths & Pantheons.

If we’re talking about a love domain (and boy there’s a lot bound up in that conversation which I largely want to leave alone, but suffice to say fucking sigh) then why not look at the Forgotten Realms’ goddess of love, Sune? 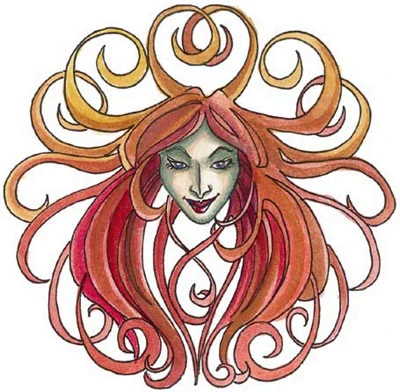 Sune as a goddess is a bit standard. She’s a beautiful feminine woman, her descrpition includes how her lips are plump, how she dresses in ‘near transparent clothes,’ all that standard stuff. She’s a redhead, which I mean, you can make a case for any of those typical looks and what they encode, but the real basics is that Sune is a Hot Goddess of Hotness.

The descriptors of her goals, aims and dogma are all extremely in this vein, with a drop of how thanks to recent reforms in her church, women only outnumber men four to one. Her temples are described as public salons and bathhouses, with diaphanous robes and beautiful clergy and mirrors all over the place. Sune even communicates with you via mirrors, where you look into them, she changes your appearance, and then talks to you through your own, now hotter face.

Now, one thing in favour of this setting, and this character, is that Ed Greenwood has gone on record that Sune (and everyone good in the Forgotten Realms) says Trans Rights, so that’s something and that’s all we need to talk about there.

Sune’s a goddess of love, lust, pleasure and protection and it’s so weird that as represented, her faithful mostly seem to hang around taking care of people and not doing adventure stuff. They even talk about how commonly the Heartwarders are pacifists, and how this means that enemies often are reluctant to attack them, which let me tell you, that’s not how that tends to work.

What else has Sune got going for her? If you’re not getting sent on quests by the Goddess of Love to do things like smash tyrannical families that are keeping star-crossed lovers apart or destroying churches that are trying to control people’s expressions of love or pleasure, or even just building safe spaces and standing in the doorway with a sword, what else has she got going on, why worship Sune? 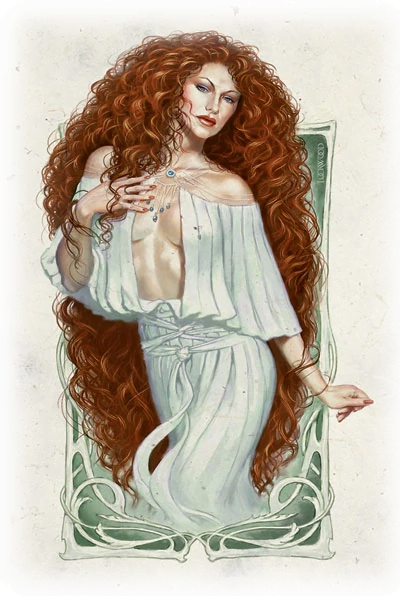 When you get a Player’s Handbook you may see the five or ten gods presented there and think that the power of a setting is built around gods of punching, fierceness, and maybe evil punching, and that’s certainly a place to start. As the pantheon of the Forgotten Realms built out, Ed expanded into things like racial pantheons, where elves have a bunch of their own gods, and maybe other races have whole bunches of other gods, and with that came the need for more things for gods to be about, represented by more domains.

Sune, therefore, required (?) the creation of the Lust Domain.

I’m trying to avoid talking about the way you may frame enchantment spells or diplomacy checks in your game, but the good news is that you don’t need to worry about what the Lust domain does in any given 3.5 game, because it’s really bad and the Protection and Pride domains are right there. Okay, so she’s not setting the world on fire mechanically. What else is Sune bringing to the table?

Another mechanical space that these gods open up is the idea of prestige classes. This was a really good idea, because it served two possible purposes for player characters. If you liked Sune, you could look at her prestige class and get a feeling for the kind of mechanics she liked; if you liked the mechanics of that class, you could look at Sune and see if you liked that direction for your character’s personality.

Sune’s pretige class is the Heartwarders, which is a basket of yikes. This class increases your charisma (very rare to get like this, but not hard to get at all), gives you a ally buff power by kissing them (which also is so amazing a kiss it dazes them, meaning you can actually make them worse off), and lets you create holy water love potions by, um, crying. There’s a lot bound up right there in what a person sees as being beautiful or aesthetically resonant. The class is pretty broken, because it still lets your cleric be a cleric, but as far as stuff you can bolt onto an already-broken class goes, this one’s not worth what it gives you!

It’s a shame, because a rose-coloured knight of love and rage seems like a great character concept to defend the worshippers of a god of love. Someone should make a much better version of this idea.