A few years ago, I learned that if you want to engage with kickstarter, you should check it out both as a backer and a creator. If you haven’t partaken with kickstarter, you don’t have any idea of what people expect out of it, and you can have unrealistic assumptions about what people expect of you. Yes, this is an elaborate set of excuses for engaging with Kickstarter and buying myself a bunch of board game stuff, but it’s also research, mom.

I approach this with modest trepidation, though, because this is ultimately me looking at a bunch of games, a thing I’d normally want to focus on in a Game Pile Post. But at the same time, Game Pile posts are posts for talking about the games as media, rather than explaining them as commercial products.

Since I seem to use January as a holding for ‘everything wrapped up from 2020,’ then, let’s have a look at the Kickstarter stuff I engaged with in 2020, how that worked out for me, how satisfied I am with the products and whether or not they have arrived, or will arrive, or whatever. 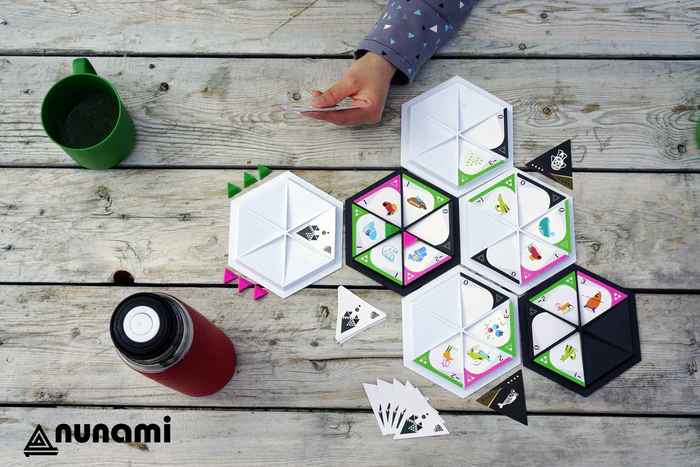 First up we have the pride of place, Nunami. I’m going to go in on it later, but Nunami is a board game I backed originally back in 2018. The game didn’t make its funding goal, but Thomassie Mangiok went back to the drawing board, redid some visual elements and repitched the game in September of 2019. This was something I learned while investigating this: if a kickstarter looks alright to you, but it looks like it’s going to fail, back it even at the lowest tier, because that way you send the message to the creator that you’re interested, and they should notify you when it comes back.

Nunami is an area control board game made by an Inuit author about Inuit culture, and it doesn’t do it as an edutainment style thing; the game is presented as an approachable and understandable area control game, but the control also includes some things that seem obvious once you see them but make a lot of sense, like blank fields that may be controlled by someone or another, but which are covered in snow.

I’ll talk more about the game itself, but for now, I backed Nunami because I wanted it to succeed, and the fact the game arrived in my house is just a bonus.

Then there’s the ‘Well It’s Button Shy Again’ kickstarters. These are small games, around $20 Australian, which fit in a wallet. These little games are absolute charmers, they’re easy to store and they’re easier to get used – I backed last year, Universal Rule, Skulls of Sedlec, and Agropolis, amongst the Button Shy offerings, and of those, Skulls and Rule have arrived. Agropolis is on the way.

I kind of worry that talking about Button Shy games on my blog is a bit like huffing my own farts, because they’re these excellently made small games that fit in that space of design I find really exciting myself, tiny card games with a lot of different ideas at work in them. 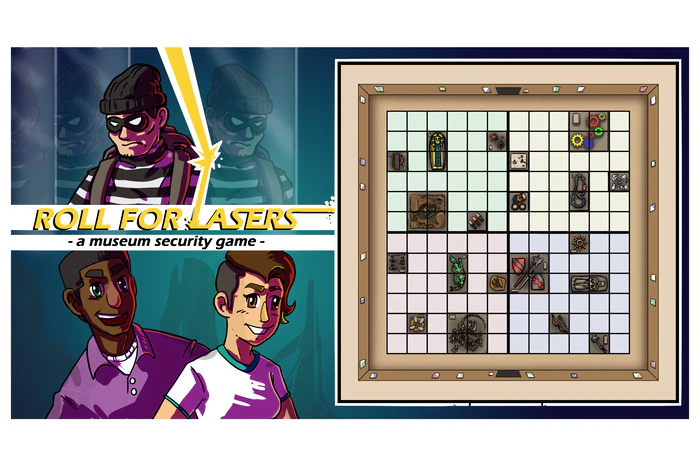 There are some games I backed without looking at the game itself, and where I’m honestly not that worried about ever getting them, because they’re associated with people I care about, and I want to support them or the people in their network. This is stuff like Roll For Lasers, Beam Saber, Skirmish and to a lesser extent Brinkwood.

I don’t mean that Brinkwood doesn’t interest me. I obviously am kinda invested in Brinkwood as a game. But I wouldn’t normally do what I did for a game like it – buying the print-on-demand physical book – if I wasn’t actively invested in making sure that the game succeeded. 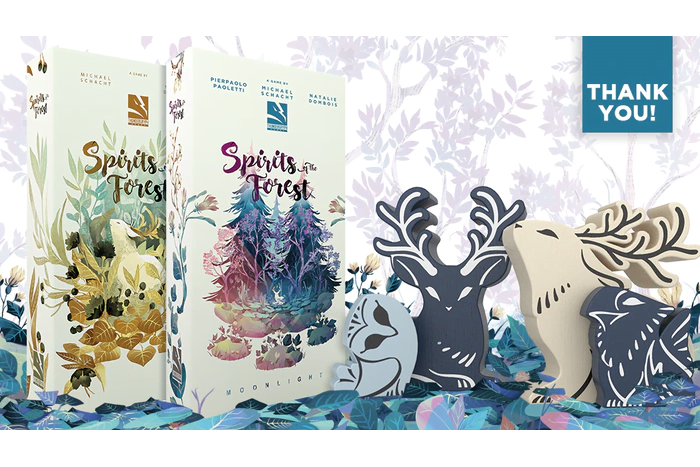 There are some board games that I backed just because I want those games. I want Spirits of the Forest because it’s a prestige pretty game with a cooperative mode and beautiful pieces that can be a restful evening play with Fox, or go around to my sister’s place and be just a nice, beautiful experience dealing with pretty objects that isn’t about dealing with things that are aimed at the kids.

As I went through 2020 when I was working more classes than normal, I made a point to try and back something on kickstarter each month, just because in 2020, I wanted to make sure the parts of that industry I hoped would succeed would have a chance to continue. In that same space, I backed Familiar Alchemy, Rawr and Write, Usurper, and Shelfie Stacker.

Special mention here is Herbaceous – that’s a little game of flowers and prettiness, and it should arrive in time for my mother’s birthday, so, there’s that. 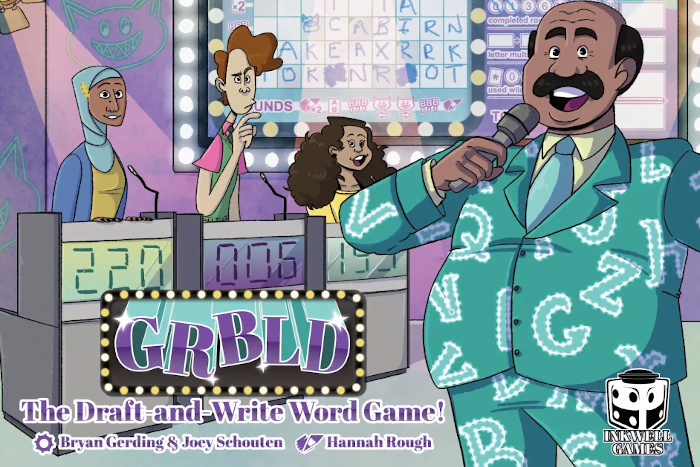 Two last ones; a kickstarter success and a kickstarter failure. The first was Puppy Care, which arrived boxing day, for me. It’s a small card game that I figure I’ll play a little, look over, then probably pass on to someone else. I was never that invested in making the game part of my life permanently, per se, but the kickstarter spoke of a small indie card game maker group in Hong Kong that were asking for such a modest kickstarter amount. As the game approached its finish, I was on twitter, advocating for it, just on the basis that if I and five or six other people backed it, it’d get made, and it did.

The other thing I backed, which didn’t succeed, was GRBLD. GRBLD is a word game, made by some folk I like, particularly Joey Schouten, who… for some reason… follows me on twitter? Weird. Anyway, GRBLD launched, and a few days later, it was cancelled, and I couldn’t be happier.

That sounds ridiculous, but seriously it’s not.

Kickstarter is alchemical. It’s not this reliable piece of work where you punch in N units of effort and get X return. It’s as much advertising and social as it is mechanical and practical, and it’s something you need to basically spend a month cultivating. It’s not like you should feel stuck to a campaign that got a bad start. You should always be doing what’s best for you in the project, and if that means seeing a month of work you can’t manage falling out ahead of you, then don’t.

Do it when you can, later.

It’s a good lesson. Kickstarters are work: Do what’s best for the project, and remember that you can re-contact people when you’re ready to try again.