I knew, ahead of time, this month would not be full of bangers. It’s been a busy month, with time spent on marking student work and time spent on a major component of my PhD. That means that the month of September was just not a time for writing to be done, certainly not writing I wanted to do. I still met my goals and made sure that every day something got added to the queue, but in a month of intense, terrifying writing when dealing with confrontational unreceptive audiences, I still put out some articles I liked: My three pieces on Pokemon Go and my fondness for Gen 5 Pokemon, for example, my rip on Titans for being bad (it is bad, boom gottem), and the Pop Stars article that was necessary to set up making fun of an album cover.

Technically, this is a two-video month. I put up a video of me showing off a Minecraft base I made, but only one person saw that, so it’s a bit of an unrelated non-factor. The other video this month is a bit of a voice-overy one that wants to connect Speed Running, Algorithms, Big Data and Neoliberalism, so what better to do than talk over Mirror’s Edge?

This month is also my first time dealing with my new upload speeds from my new ISP, which has meant that suddenly I get a few extra days of time to work with video. This time around, thanks to these improved speeds, I was able to download another person’s video (and used it with permission, don’t worry), to make making this video a shitload easier. Rather than needing to capture the video myself, I can use games I’ve already played and didn’t record (like Mirror’s Edge, which I at first played almost ten years ago) and instead focus on the writing, knowing that there’s video on hand that can be available if I ask for it.

So hey, my infrastructure has improved and my videomaking has been able to improve with it.

I’ve also taken on some advice from Chris Franklin, aka Campster, who noted that an hour or two of video essay is pretty wasteful and self-indulgent, and I realised that I don’t need to make a video an hour long to convey some very important, interesting points. That gives us ten minutes to run over the idea of Platform Capitalism and Speedrunning, as told by Mirror’s Edge.

Anyway, this month’s shirt is this Byleth inspired pair of designs: 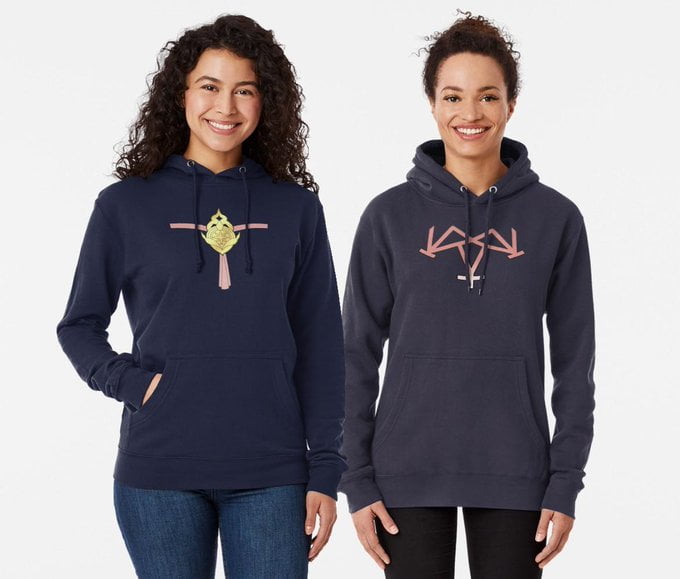 I’m not a Fire Emblem person, but I did watch as for a chunk of August and September just kinda seeing my friend network dissolve under the presence of a Fire Emblem game releasing. I made these shirts for no greater reason than I think the iconography on the chest of Byleth is kinda interesting, but after extracting them I gotta say it’s kind of a rip how boring the dude set is.

Game work, not much has happened, but it’s been a big month (see below), but it is now the time when I start working on some games for University. Which is going to be interesting because I don’t honestly know how this projects outwards going on. I have a plan but is it going to work? Who knows.

In my personal life, this has been a very demanding month in terms of my University time (where I have had to meet the needs of my PhD) and my family time. The backlog of articles this month got as low as twelve at one point, but it did get brought back up, and we should be good to go into October, a month with a theme.