I watch a bunch of stuff these days, thanks to Netflix, and as a media criticism junky, I find myself enjoying having a platform to write about almost everything I watch. There’s some reasons I don’t write about some things – for example, any media that tends towards including sexual assault, that tends to just get junked. Anytime a work is actively homophobic or where I’ve learned a central creator or person involved is particularly a known bad person, for example.

There’s a lot of reasons to do this! I kind of hate when I talk about something and people immediately want to change the subject to not what I talked about, or want to use a particular artist as an avenue to complain about something else. This has happened to me a few times, where what I will think of as very well intentioned people will interrupt me talking about thing A to instead try and make the conversation about thing B, believing it to be more important.

And sometimes I’ll consider a work too large to talk about, like Longmire, which is pretty bad, but it has some good stuff, but it does a bad job with it, and yeah okay, I kinda just summarised the whole series and we’re moving on. Sometimes, rarely, I’ll just ditch on a piece of media because it kind of bores me and there’s nothing in it I want to talk about. And sometimes I’ll ditch on a work for some other reason and I find myself yet wanting to say something.

And here’s a little round-up. 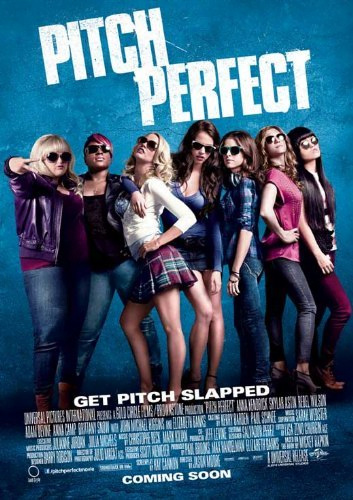 I wanted to like this movie. I really thought that making a Sports Movie that was a Musical movie like Hercules that had some reason to do diegetic musical numbers could be really cool and it’s full of great actors. If nothing else, it has John Michael Higgins, Mathnet alumni and later Legend of Korra voice actor! I like the stuff that dude does!

Pitch Perfect then introduces Rebel Wilson, and what ensues is a set of jokes about how clueless she is about Jewish culture that I cringed myself inside out and closed the movie. Jokes about being from a backwoods in Tasmania who has no idea about how Jewish culture works just smashes my sense of disbelief because:

Anyway, realising that Rebel Wilson’s character would be hilariously quirky and not eventually punished for being an arsehole (because hey, can’t make the fat girl feel bad for being shitty), I didn’t feel any reason to go back and try more of this one. Basically she made such a great example of a first impression of a miserable arsehole I felt it best to not actually hang around and give her a second chance proving it. 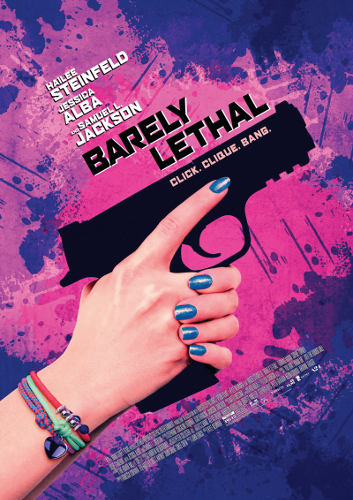 This movie has Jessica Alba and Sophie Turner and Samuel L Jackson and Rachael Harris and Steve-O, wait, really? What the hell? And the premise is pretty robust; teen assassins made by a government organisation to kill people, but one breaks away to have an ordinary life as high schooler, and she approaches becoming a normal girl as an assumed identity through research and performance.

I was pretty on board with this movie being generally pretty funny and kinda okay, and I was honestly almost considering throwing a suggestion to my friends as an example of a spy movie about girls and their feelings and maybe the whole strain about performing as a girl could give my friends some comforting trans girl feels.

And then in the peak of the movie, the villain randomly calls another girl a tr*nny.

The thing with comedies in this way is that it’s pretty much always going to be the jokes that sell you on whether or not you engage with a story. They need to show you that you’re following along, that you understand the relationships and the characters, and the kind of world they live in.

And in this one, the only mention of trans people is a really hurtful slur and it’s wielded as an offhanded punchline.

And well, that sucks. 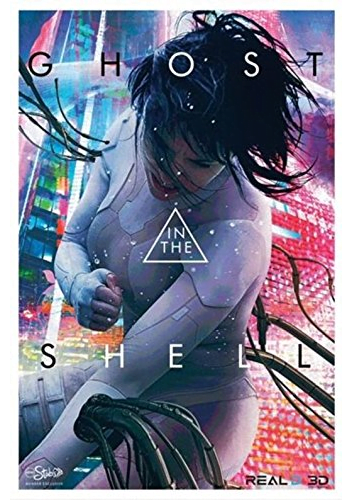 Ghost in the Shell

There’s a conversation around this movie, and it does directly connect to my work. There’s elements of representation, there’s questions of identity, there’s transmedia and transnational media, there’s cyberpunk and commercialisation and the real failure states of expensive movies and also the potential ramifications and moral relationship to these controversial works and the trajectory of Scarlett Johansson, as a bankable action star to generally a deeply embarrassing person.

That’d be great, that’s one of those things the Story Pile is great for. You dive in on a piece of media, then you use it as a tangent point to talk about those other things you want to.

I can’t bring myself to watch this movie. It’s far too bloody dull.