I have a strange love for losers.

I mean, I make fun of the Confederate flag waving assholes, and it’s worth remembering that that’s good, because they’re losers, and they should always be forced to confront that they’re losers, and they lost because they were bad at winning, and this is just a long aside to dunk on the Confederacy. But not all losers are that kind of loser. Sometimes you lose not because you were wrong, or because you were on the wrong side, or because you’re bad, but you lose because the bad people had more stuff. They had more money and more people and they didn’t even realise they were the bad people, because they were removed from the bad things they did.

I think about the people that lose against empires.

I think about Carthage.

I think about Carthage, and the story of Hannibal, a general who tried audacious things and succeeded. I think about bloody battles in the desert by mercenary armies. I think about the strangeness of a country whose big sin was not really doing enough for military infrastructure and how it was the victim of an empire next door that was. I think about how you can win a dozen fights in a row, but if your enemy can handle losing, and you can’t, then it doesn’t matter.

Carthage is on my mind because while history tells us that Carthage lost, there were a lot of times and places in Hannibal’s campaign that he won. There’s a lot of people who were living their lives and having what they thought of as important conversations about the future of Rome and their campaigns for political office and governorship or whatever, and then Hannibal happened to their territory, and they’re just gone.

This is what I’m thinking about, when I’m thinking about this card game I’m making. The different things nobles can do, these little festivals and parties and politics and territorial disputes and fights over who has the best land or best marketplaces, all while quietly aware that you can’t change the future.

That Hannibal is going to happen.

The idea for this game, the idea that I’m working with, is that of a stacked deck. At the start of the game, players get their cards, then the deck gets loaded; you shuffle up and deal out stacks of cards. Into each stack, you shuffle one of a number of cards, then you put those stacks on top of each other. Now you have a deck of events that everyone draws from, to play their cards and live their lives, and then one point, near the end… 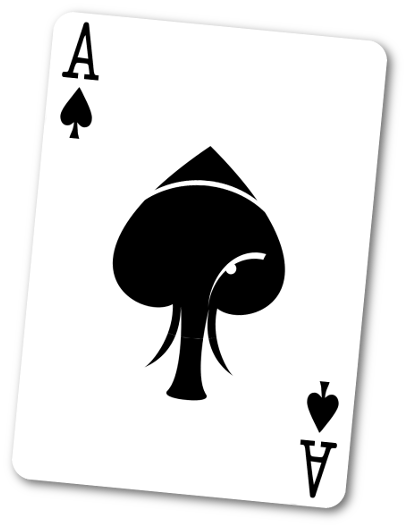