First introduced to me by the work of one Ian ‘Videogames Are Better When They Don’t Have Stories’ Bogost, who I absolutely have to respect as a peer in the field even if I want to squirt him with a water gun when he says stuff like that, in his book helpfully titled Unit Operations: An Approach to Videogame Criticism, Unit Operations are the idea of, well, the smallest possible unit of thing-ness in a thing.

That’s not a helpful definition, but hey, he wrote a whole book explaining what he meant. Wikipedia tells me the term in chemistry got its popularity around the period after he wrote the book, but without getting my hands on actual chemistry expertise and pedagogical books I don’t know who came up with the term first, or if there’s a lineage between them, so I’m just going to chart the process of how I came to terms with them. First read the term from Ian Bogost, then while looking up a citation back in April, I found it was used in Chemistry. 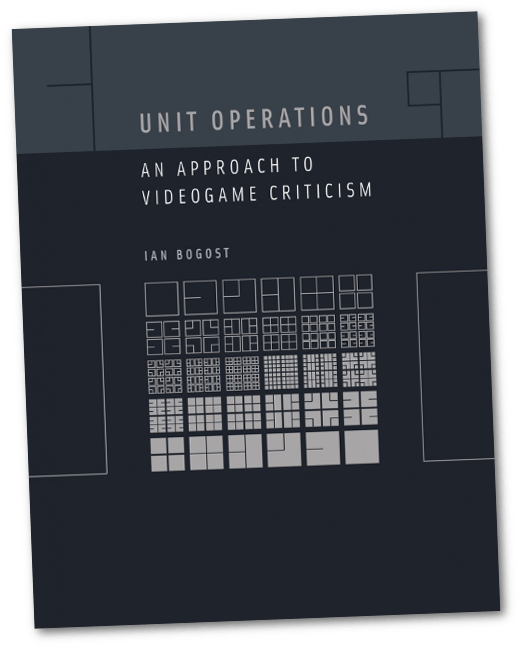 As Bogost uses them, Unit Operations work within the idea that every single component of an entity you can consider in a critical way can be broken down, as it were, to particles of meaning, intention, limitation, all that – that you can metaphorically grind a videogame (and indeed any artwork) down into discrete, interlocking components of distinct separate meaning and purpose. In chemistry, the idea is that a unit operation is a basic step in a process; processes can be all sorts of things, like let’s say you put the blue crystal in the green water, then they both turn red and then the crystal dissolves, then you’re expected to pour it out. From the user’s perspective, they added something, then poured it out; but in terms of process, there were at least four unit operations:

Chemist friends, please understand I am simplifying. Where I find this idea useful is rules. And this rulebook is what’s giving me problems right now.

In the game Freight Expectations, the rulebook flummoxed me for weeks. I had the document open, I had revised and rewritten the same section over and over again, and each time I found myself frustrated. Sometimes it was doubt – would that be fun? – and sometimes it was confusion – what am I even saying? – and more often than not, it was paralysis – if I want to change this mechanic, I’d have to change some cards to go with it.

Struggling with that, I decided to break it down into a list of unit operations. Unit operations can be when the players do something, or when the game does something. What this looks like is a bit like this:

It’s not a pretty ruleset, but it can be a useful technique for breaking down what you need players to do, and quite frankly I think I’d rather a well structured ruleset that you can do with a bullet list than beautifully structured narrative that is confusingly put together.

Btw, do I have progress? Not necessarily. I’m writing down my changes, and hopefully they’ll be good in the morning.

We’ll see how it goes.