I am at this point in my life, at least accomplished enough in reading some books and mentioning those books by name in the middle of other sentences, something that you could consider, or at least be fooled into thinking, is an expert. I have done things that other people have not yet done and I’ve done a LOT of them – it’s not just that I’ve made and sold a game, it’s that I’ve made and sold dozens of games, for a few years now. It’s not that I’ve got a degree in business communications and media, it’s that I’ve got a degree, and honours, and am working on the next level of academic study.

What’s more, the kind of thing I’m studied in isn’t something that most people really know that much about, or even know that there’s much to know. Oh, videogame fans may think that the entire field of games studies or media theory is pretty meaningless, and that beating Dark Souls means they’re more capable of knowing about how humans deal with or make games than anyone who’s actually studied them, but broadly speaking if I meet a stranger and tell them I’m working on a PhD in making tabletop games, they’re largely inclined to nod, smile, be polite, and say ‘Oh, that’s interesting,’ and if they’ve got the time, ask me some questions, and then all that expertise and my own native curiosity kick in and we talk about something that matters to them and how it relates to my field of study.

It is fun and I like doing it, because I wouldn’t be in this subject matter if I didn’t love it, but it’s also something I’m aware generally relies on them trusting that I know what I’m talking about. That trust is pretty freely available, especially amongst people who don’t think they’re experts. 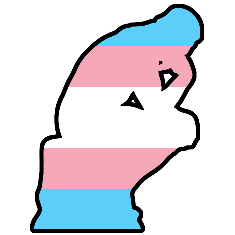 Now, recently, a piece was published in the Atlantic that wanted to talk about rhetoric and argument as an art that was created in Ancient Greece and then sat completely still, unchanged and waiting for someone in the enlightened 21st century to point it out, and can you all please stop making fun of me on the internet. As a direct result of this, people who did know about rhetoric and academic study of argumentation spent the afternoon quietly exploding about watching their discipline finally get some mainstream journalistic attention, only for it to be touted by the kind of babby talk doofusry that showed the author of the piece was only seen as capable of commenting on it as what we might call a wikipedia-level surface-reading scholar.

I’m not going to link the piece, because the dude in question is a transphobe and I think heavily invested in the idea that other people on the internet should definitely show him more respect just for his awful, horrible, miesrable opinions that get kids killed, but he does put me in mind of something that worries at my mind a lot, something applicable for my life.

By the way, one of the applicable things is ‘Don’t be a transphobic asshole.’

The other thing is that to most people, I am an expert, as far as they know, and I have things in my life and history and my demeanour and my tone and – let’s not kid ourselves, my whiteness – that make me seemingly more qualified than any random. And with that trust can come a lot of dangerous implication. I mean, it’s not impossible that I could find someone with money, who was a total asshole, but who wanted to be told their total assholery was correct, and then spend my time telling them what they wanted to hear, rhetorically turning and tuning whatever nonsense they wanted into things that sounded legitimate. I don’t want my positions on things to be taken up as forms of harrassment or attack.

This is a concern that really eats at me.

And so I continue; the need to cautiously temper myself, the need to make what I say reasonably easy to understand, and to root my explanations in either my own sincere feelings, or in scholarship and other sources that I can point to. That’s one of the reasons why I mention the names of these scholars: It’s not to show off ‘look how many books I read.’ It’s to make clear the fact that whatever it is I know, it is rooted in a long and wide tradition of other people, that I am standing on the summits of hills made of giants, and all I really am trying to do is describe, to you, the view.