Make no mistake, though. Just because I find games interesting as lenses for other ideas doesn’t mean I don’t sometimes play games because they rock socks. And you know what rocks socks? Steamworld Heist rocks socks. 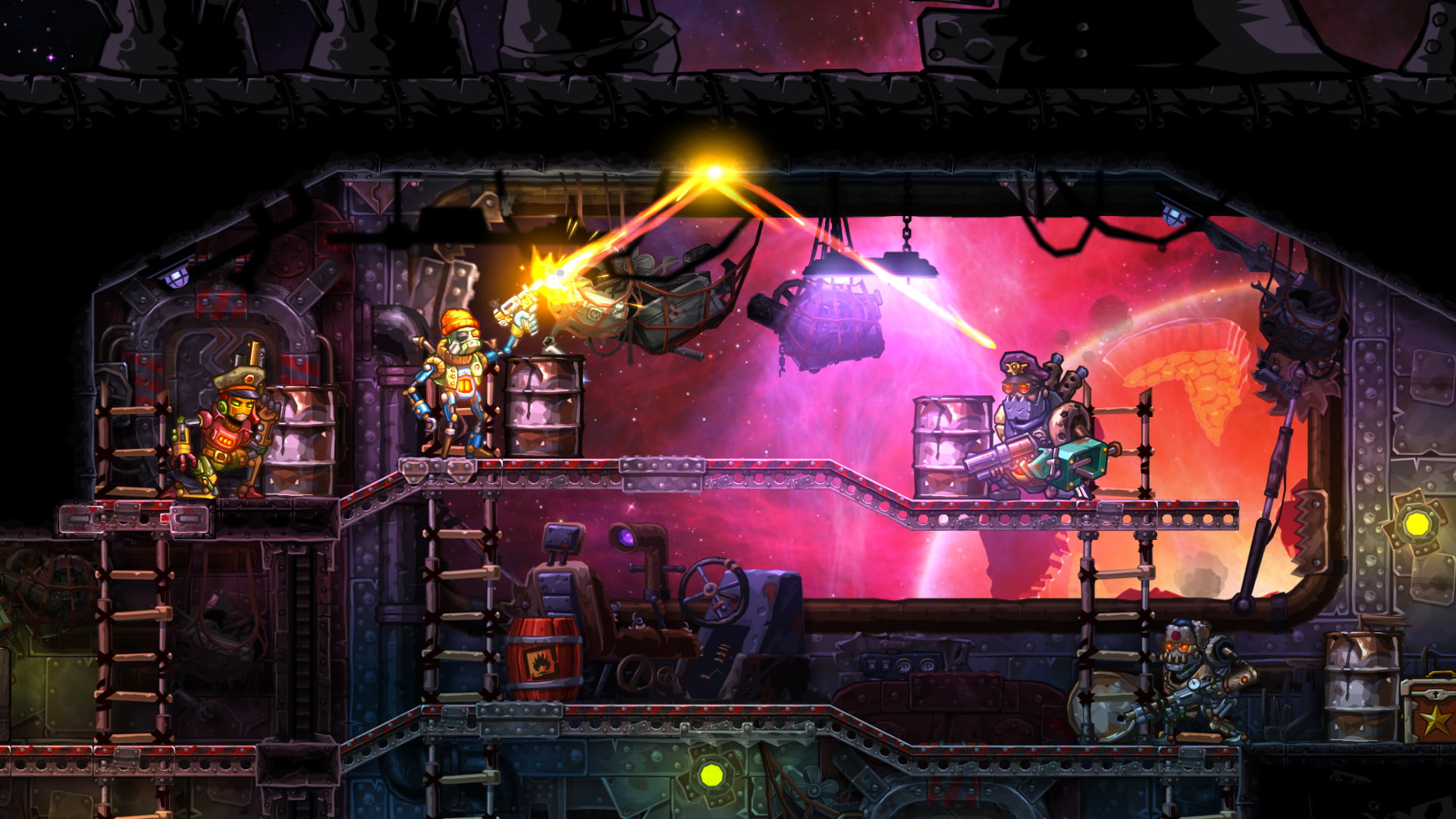 Steamworld Heist is a squad-based turn-based tactical shooter game. You know your high-profile X-Com style games? Well, take that basic idea, and make it in a 2d platformer game. You’re commanding a rag-tag group of thieves – though ‘thieves’ is kind of the wrong term. You’re more like bandits and rebels, opposing an oppressive state but also your heists are less about stealth and avoidance and much more about boarding an enemy vessel and shooting them in the hat.

I think Steamworld Heist is a really good game, and it’s definitely a videogame videogame – this isn’t something that could be implemented better in some other way. It’s available on Steam (haha), the Switch, iOS, and PS4, and it’s priced very reasonably for the amount of game you get for it.